So, the hubs has all these ice fishing poles in the garage. Some have reels, some don’t, some are different lengths. UGH!! It was driving me nuts whenever I had to move them! And he never takes the same ones with him and I don’t know much about the types of fish he’s going after when he goes to whatever lakes where he goes. 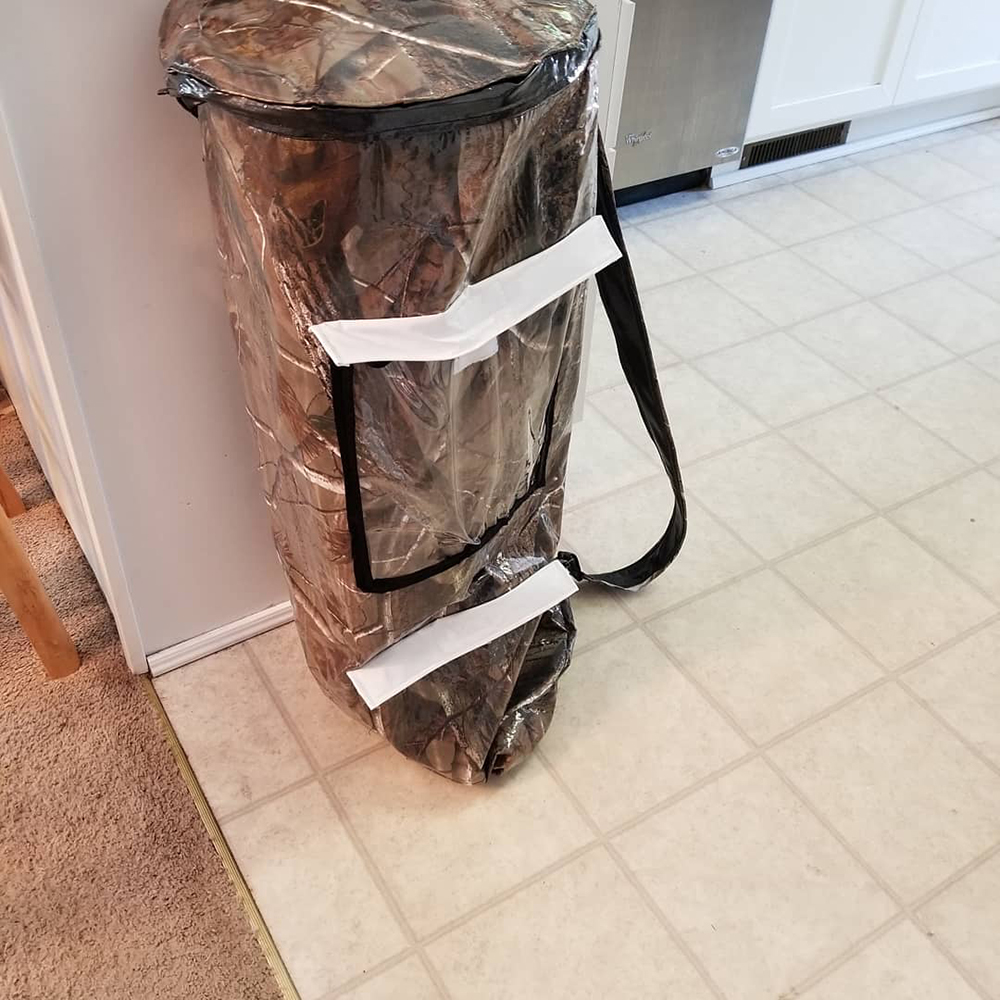 I decided to make him a bag this year.

I started out with a tutorial for a yoga bag and improvised. http://www.hungryhippiesews.com/2017/01/ananda-yoga-bag-sewing-pattern-tutorial.html

He just HAD to have camo fabric. And since he’s always around water, snow and ice it had to be laminated to make it water proof. 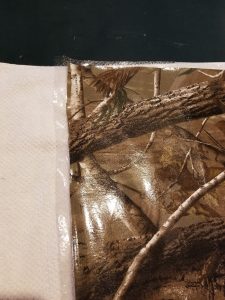 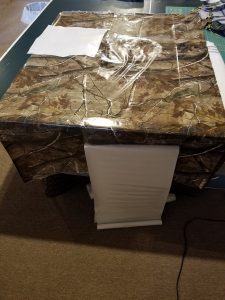 For the lining and pockets I found a couple remnants of laminated fabric, think table cloth material, at the local JOANN store. I’m terrible at remembering to take photos as I move through projects. So sorry!

He said he wanted pockets for at least three poles and needed pockets on the outside for his jig box and whatever. 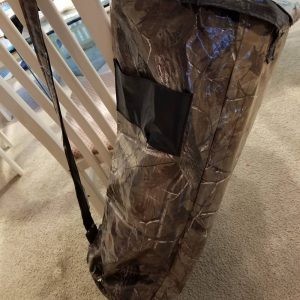 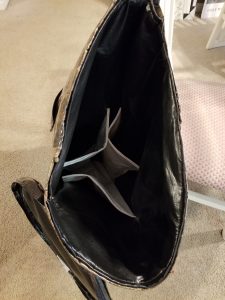 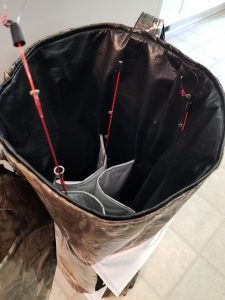 The bag sits at 41″ circumference and 35″ tall. I ran out of laminated camo fabric, so I had to improvise with some clear vinyl I had and some of the leftover black laminated fabric.

I was short on fabric for the lid, so I’m going to have to add another strip to the lid to keep it closing better. I have a piece of sew-in velcro, but it could be better with a longer lip on the lid.

And there it is! Cost me about $41 and took around 30 hours to make. The prep work on this one was a bear!! 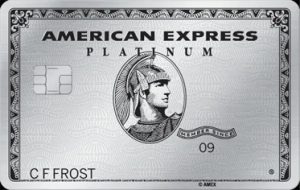 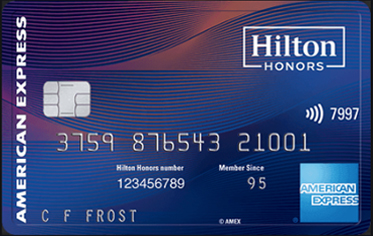 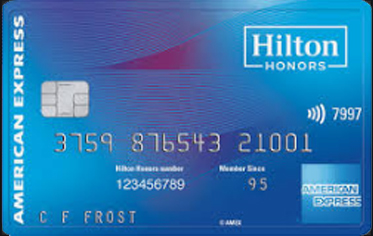 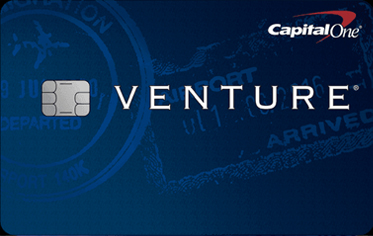